Donations can be mailed to (AIHM)

Collections & Stories of American Muslims Inc. (CSAM) was created in 1996 as a non-profit organization to establish an Islamic museum, traveling exhibition, and archives in the United States about the history of Muslims in America. Over the years we have developed an exhibition that reflects America’s Islamic history and culture dating back to 1600's and 1900's and more...

The Exhibit brings to life America's Islamic heritage with some eye opening photographs and documents. For example, a picture of Chicken George, the grandson of Kunta Kinte, dressed in Islamic style clothing and towns with Islamic names.

Throughout the 1980's and 1990's, we have seen large growth in the Muslim communities in America. Today there are many Muslims across the country that are holding elected offices as local City Council members, State representatives, Mayors, and Judges. We find Muslims in every profession today as Doctors, Lawyers, Teachers, Police officers and others.

Today Islam is the fastest growing Religion in America and has now become the second largest religion in the United States.

About US
Enter text 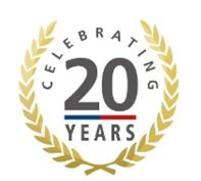