In 2009, Farah Pandith was, appointed the first-ever Special Representative to Muslim Communities in June 2009 by then-Secretary of State Hillary Rodham Clinton. Under the leadership of Secretary John Kerry, the Office of the Special Representative continues to be responsible for executing a vision for engagement with Muslims around the world based on a people-to-people and organizational level. In the years since her swearing in, Special Representative Pandith has traveled to more than 80 countries and launched youth-focused initiatives including Generation Change, Viral Peace and Hours Against Hate (a campaign that was a partner with the London 2012 Olympic and Paralympic Games.) She is also a key architect of the Women in Public Service Project. 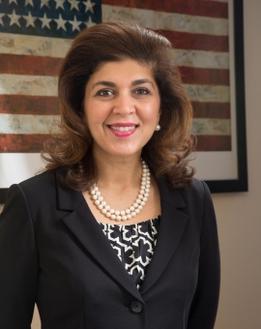 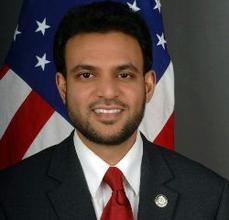 In 2008, Michigan elected its first female Muslim State legislator, Rashida Tlaib, thanks in large part to her Jewish boss, the incumbent. Rashida Tlaib, a lawyer, community activist, and daughter of Palestinian immigrants, easily won a House seat in Tuesday’s general election after emerging from an eight-way Democratic primary with 44 percent of the vote in August 2008.

In 2008, A Detroit- area newspaper stated that ‘the results of 2008 primary could lead to Hamtramck, Michigan becoming the first city council in the U.S. to be controlled by Muslims.’

In 2008, Sada Cumber assumed his duties as Special Envoy to the Organization of Islamic Cooperation (OIC) on March 3, 2008. Mr. Cumber term ended January 20, 2009. As Special Envoy, Mr. Cumber served as the U.S. representative to the OIC, and promoted mutual understanding and dialogue between the United States and Muslim communities around the world.

In 2016, Ilhan Omar made history as the nation’s first Somali-American legislator, with a commanding win in a state House race.

Omar, who faced only nominal Republican opposition in a heavily DFL Minneapolis district, continues an unlikely political journey that began amid the Somali civil war and a Kenyan refugee camp. 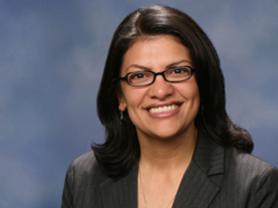 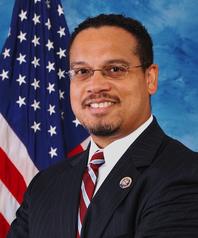 In 2010 Rashad Hussain (born in 1978), an American attorney, and U.S. Special Envoy to the Organization of Islamic Cooperation, the second largest intergovernmental body after the UN, with 57 member states. Mr. Hussain, a Muslim of Indian heritage, has served in the White House Counsel's Office, and in his role as Envoy, has advised the Administration on policy issues related to the Muslim world. His position, "a kind of ambassador at large to Muslim Countries was created by President George W. Bush."  Hussain was born in Wyoming and was, raised in Plano, Texas, the son ofIndian-born U.S. citizens. In January 2009, Hussain was, named deputy associate counsel to President Barack Obama. Previously, he has served as a trial attorney at the U.S. Department of Justice and as Associate Counsel to the Obama Presidential Transition Team.

In 2006, the first Muslim Congressman Representative Keith Ellison of the 5th District of Minneapolis, Minnesota was elected.

In 2001, Abd'Allah A. Adesanya became the first Muslim chaplain for New York Fire department. The Islamic Society of Fire Department Personnel is an organization with about 20 members. Reports that there are between, 200 to 300 Muslims in the 16,000-member department.

In 2005, Althia Collins co-founded the first Muslim sorority based on Islamic principles.

​​On January 3, 2007, Nieema Thasing was, appointed as a Representative for Ward I in Elkton, South Dakota by the Mayor and the full council.

In 2007 Imam Heshaam Jaaber pass away he was one of the early leaders of the “Addeynu Allah Universal Arab Association,” which was founded by Professor Ezeldeen in the mid-1930s. Imam Hessaham Jabbar also was the one who led brother Malik (Malcolm X) Shabazz ‘s funeral (Janaza).

In 2008, Lt. Saif-ul-Islam became the first Muslim chaplain assigned to the Marine Corps. Technically, he is a Navy chaplain (the Navy supplies chaplains for the Marines). He was, commissioned in July and reported to his first assignment in September at the South Mesa Chapel at Camp Pendleton, north of San Diego. "History will judge me as the first one in the Marines." He admitted that is ok, because the way he sees it, there is a higher judge. "It's all God's call and God's will. We are God's ambassadors." It now has six. Saif-ul-Islam was the Navy's second Muslim chaplain. The Air Force has none.

In 2008, the University of Duke names its first Muslim Chaplain Abdullah T. Antepli.

“It’s the beginning of something new,” Omar said. “This district has a legacy of making history. I am excited about our progressive values and to be able to be on the ground at the Capitol representing the diverse people of my district and being a champion with them and for them.”

Omar, a 34-year-old Muslim-American woman who proudly wears the hijab, is suddenly thrust into leadership of a rapidly emerging DFL coalition that is younger, more-urban and more racially and ethnically diverse than at any time in its history. 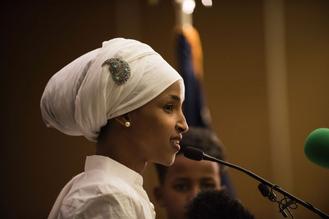