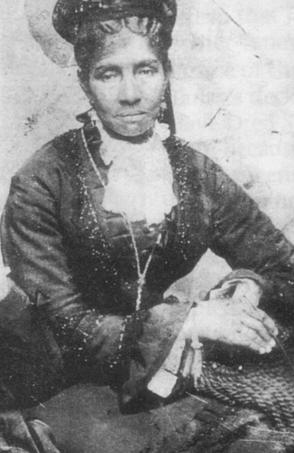 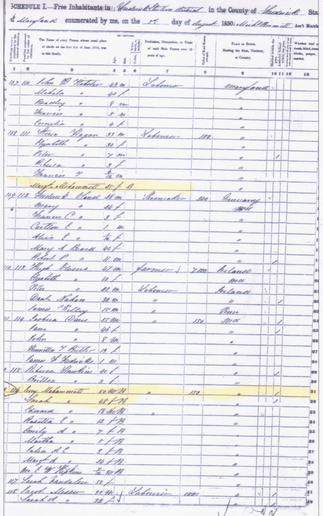 The Mahammitt Family of Maryland

In 1850 Jerry Mahammett born in 1800 and his wife Sarah Mahammett age 48 born in 1802. Their children Margt (Margerate Hagan) Mahammitt age 24 born in 1826, Edward age 18 born in 1832, Jerry age 17 born in 1833, Rosetta E. age 12 born in 1838, Emily A. age 7 born in 1843, Martha age 5 born in 1845, and Julia A. age 3 born in 1847, they lived in Frederick, Maryland and were listed as a black family. The family oral history states that Mahammett came from a Sultan in Central Madagascar there is some doubt if he came from Madagascar.  Some of the facts are that he prospered racing racehorses, he owned his own property and was a free man in 1850. The Mahammett family was not recorded in the 1860 census during the civil war period in Fredrick they reappear in the 1870 census in the Baltimore area census, Jerry Jr and his wife Sarah, Edward and his wife Annie, along with their children. Jerry Jr worked as a waiter Edward worked as a merchant trader in Baltimore. By 1880, Edward and his wife had thirteen children, Jeremiah (Jerry)   Margt A Mahammett living with the Hagan family.

The Mahammett family in the US Census

Margaret Mahammitt Hagan was an entrepreneur-dressmaker. She lived in Maryland in the mid-1800s in 1861 she had moved to Philadelphia where she had owned a laundry. By the late 1800s, Margaret had moved to Washington, DC and established a dressmaking business at 1109 F St. NW. Margaret while living in Washington DC studied medical electricity she became, certified as a practitioner of medical electricity for improving a person’s health. After receiving her certificate, Margaret set up business in Williamsport, Pennsylvania where she served bankers and lumbermen. Margaret by the age of eighty had owned and operated three medical electricity businesses two in Pennsylvania and in New Jersey. Margaret Mahammitt Hagan died in the mid-1900s in New Jersey and buried in Baltimore, Maryland. Her daughter Fannie had married a man named James Gregory. One of their descendants Frederick Gregory was an astronaut, and the first African-American to pilot a space shuttle. From “Threads of Time,” and “Thirty Years As A Slave,” by Elizabeth Keckley.

In 1900
Thomas (Thos) Mahammitt age 37 born in Maryland in 1863 lived with his wife Ella Mahammitt age 36 born in 1864 in Ward 6 of Omaha, Nebraska. Thomas and Ella worked as editors they were married for nine years in 1900. 1948 Sale advertisement of Thomas Mahammitt wife’s cake mix called Omar’s Cake Mix.

In 1920
John E Mahamitt age 28 born in Maryland in 1892 lived with his wife Mary E Mahamitt age 22 born in 1898 and their children Robert I age 3 born in 1917, Charles V Mahamitt age 2 born in 1918 and John W age 1 born in 1919, They lived in Walkersville area of Frederick, Maryland. Jerry H Mahammett age 55 born in 1865 his wife Carrie E Mahammett age 49 born in 1871 with two of their children living with them James Mahammett age 15 born in 1905, and Carrie A Mahammett age 10 born in 1910 they lived in Mount Pleasant area of Frederick, Maryland. The tombstone of Jeremiah H Mahammett  1865-1923 who was known as Jerry. He passed away on a Friday at the age of 58 in 1923. His children Mary V 1893-1912, Beatrice E 1906-1906, and Sarah C 1905-1906 are buried with him outside Fredrick, Maryland. His wife Carrie and their five remaining children John, James Joshua, Carrie A Mahammett, Harriet, and Nettie were both married to Fishers, and four of his sisters survived him. Jeremiah was the son of Edward and Annie Mahammett, and the grandson of Jeremiah.

Cora Mahammet age 52 born in Maryland in 1878
lived with her niece Marie Thomas age 35, and her
adopted daughter Lucy Carter age 13. They lived on
Linden Street in Baltimore, Maryland.

Charlotte Virginia Mahammitt was the editor of the local chapter of the “National Welfare Rights Organization” and one of the speakers at a “Poor Man’s Dinner program in Fredrick, Maryland in which the local news covered on the local page. In 1952, Charlotte forfeited a ten-dollar fine for a peace disturbance charged by two officers, which was reported in The Semi-Weekly News in Frederick.  In 1942, John Edward Mahammitt born in 1891 was drafted in Baltimore, Maryland. In 1943 Robert T Mahammitt born in 1916 lived in Alaska and enlisted in the Army in Philadelphia, he worked as a tractor truck driver. In 1961 James Joshua Mahammett died he was survived by his wife Duklet his brother John and sister Carrie Mahammett. In 1977, John Mahammitt was listed in South Frederick Elementary School in the primary building and a Margaret D. Mahammitt was listed in Frederick High School.

The Mahammett Family of Maryland 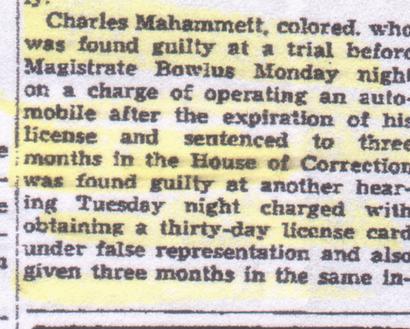 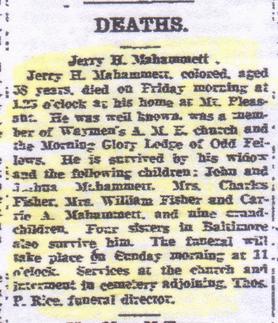 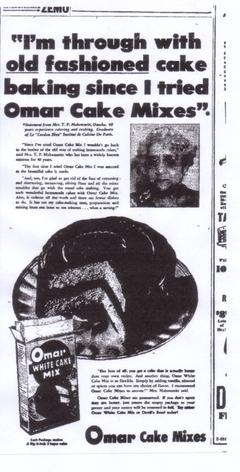 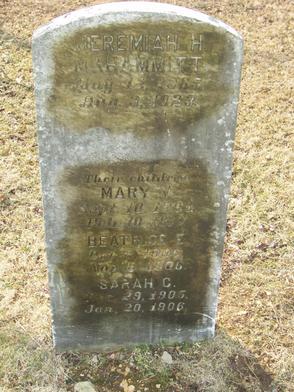